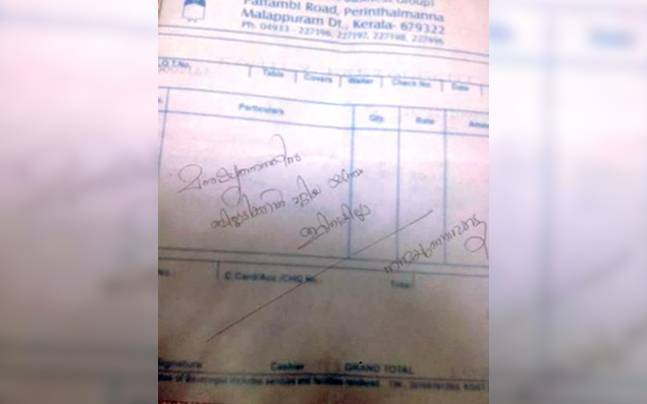 It is not often we come across people making kind gestures, especially to the underprivileged. But there are some, who know nothing but to be kind, nothing but to be generous. And for them, karma is just, and mostly instant.

Here’s a story of a man, who’s name hasn’t been disclosed, who encountered instant karma. Smile The story originally written in Malayalam, and posted to a public group on Facebook by the name Right Thinkers, has by now got over 1190 shares. Here’s the story, cut short.

A man entered at a small hotel in Malappuram in Kerala for dinner, after an all day long meeting, and placed his order. As his order arrived, the man noticed a pair of small eyes, outside the window, wishfully looking at the food served on various tables.

Man gestured the little boy to come in, and he came in with his little sister. He asked them what they’d like to have and the boy pointed at the plate on his table. He ordered another plate.

When the food was served, the little boy couldn’t contain his excitement. Just before he started, his sister held his hand, stopping him. He understood she wants them both to wash their hands before starting.

The kids quietly finished the food ordered for them. Neither did they speak to each other, or smile. When done, they rose, looked at the man, washed their hands and left. The man hadn’t touched his food yet. He felt full.

He finished his meal and called for the bill. When he got back to the table after washing his hands, he saw the bill and it moved him to tears he had been holding back all this while.

The bill had no amount, but a message for him.
It read, “We don’t have a machine that can bill humanity. May good happen to you.”