As it is not going to be the dooms day or end of the world today and as we Keralites are wrong headed but right minded, also as there are chances for us to lock horns again, we would like to remind you of the thundery Pakistan/Somalian narrative used against us,

These kind of analogies, allegations of treason and calls for boycott aimed at us are still expected, thus we request you to relate us to the following countries as well,

You could relate us to Malaysia, Bahrain and Russia as we share the same Human Development Index(0.8) and standard of living.

If you don’t mind, you could call us Portugal or Spain as we share similar statistics when it comes to literacy 95-98%

You could very well relate us to Switzerland or Germany, coz the number of people living below the line of poverty are just 5-7%.

You could see us as America or Canada, as the infant mortality rates are pretty much similar as 6.

You could relate us to different countries in the following ,

Well, you could call us Brazil or Argentina as we love football 10 times more than cricket.

You could call us Pakistan, if you are to consider the fact that human beings were hunter gatherers to begin with. If you would like to see the right minded beef eating people of Kerala that way. Either ways, I still love the people of that nation as any other.

Well, you can call us Somalia, as there is no racism and Jai Sriram chants here. We are mindful of the fact that poverty and hunger deserves more attention, as are Somalians.

You brand us anti national, for true nationalists for you are Godse and Savarkar, we just dont care.

Feel free to call us commies, mallus, madrasis or terrorists as we stand in the way of fascism, raise our voice against it.

Don’t you ever call us Gujarat, it doesn’t occur to us, massacring thousands of human beings and burning human flesh along with tyre rubber, ramming a trishul to the belly of a fully pregnant woman.

Don’t you ever relate us to Maharashtra, as they are chasing away job seekers coming to the state, instead we are planning to provide medical insurance to all the labourers working in Kerala.

Don’t you ever relate us to Rajasthan where human beings are beaten to death in the name of cows, not to MP where prisoners awaiting trial are shot dead by police goons themselves, not to a state where one had to drive his mom’s dead body home in a motor cycle.

Matter of fact, we love all these states, but nowadays they are known to the world in your name the sangh pariwar, and we don’t mean to be associated with you by any means.

If you consider Manusmriti, Bunch of thoughts and Geeta as the constitution of India, then we are not Indians anymore; we would rather remain traitors.

If Praising Modi and being submissive to the Sangh Pariwar is considered as being patriotic, we don’t want that tag either.

I don’t take much pride in being the citizen of a country where women are gang raped, carcasses of cows lie in the morgue and human dead bodies in the streets, where judiciary terms male peacocks sterile, where dalits are skinned in broad daylight and a country which came fourth in propagating racism and religious fanaticism.

You brand us as you wish, more than 200 countries still to go, we don’t have time to listen to this crap, we dont give a damn.!!

We Keralites would still be here like this, in this very nation, towards the southern edge. We would eat beef as we wish, we would love communism, love poems, write a few , we would read, we would travel, we would protest, we would stand our ground , we will defend our fortress Kerala & yes, we will defend fascism to the hilt.!

We are the people who live in the mountains, who have seen floods and landslides, and stood largely unmoved of it.
We have seen the arrogant seas besiege, topple the homes by the shore in arrogance. Yet, we stood defiant, we rebulit the foundations from the scratch.
We, the people wandered through the deserts of Persian gulf without direction, looking for opportunities & survived.! 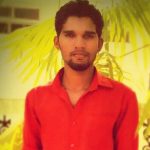