For years the question ‘Which came first the chicken or the egg?’ has perplexed the experts. Now British scientists say they have discovered the answer – the chicken. 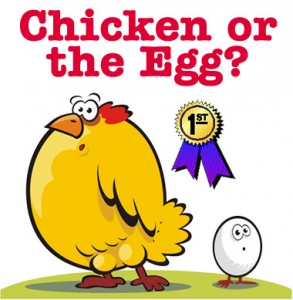 Researchers at Sheffield and Warwick Universities, worked years on the project and now claim to have the proof they need to say that the chicken came first. The scientists have discovered that a protein found only in a chicken’s ovaries is necessary for the formation of the egg. The egg can therefore only exist if it has been created inside a chicken.

The protein speeds up the development of the hard shell, which is essential in protecting the delicate yolk and fluids while the chick grows inside the egg, the report said.

“It had long been suspected that the egg came first but now we have the scientific proof that shows that in fact the chicken came first,” said Dr Colin Freeman, from Sheffield University’s Department of Engineering Materials.

“The protein had been identified before and it was linked to egg formation, but by examining it closely we have been able to see how it controls the process,” he said.

The discovery was revealed in the paper ‘Structural Control Of Crystal Nuclei By An Eggshell Protein’.