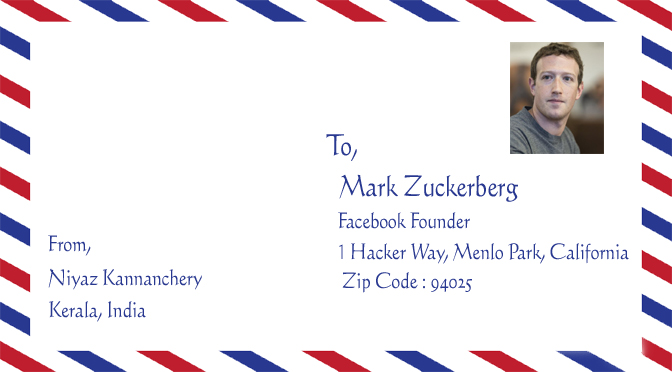 My name is Niyaz Kannanchery from state Kerala (India). Your creation is massive success. the Whole World agrees it. Here I like to write a Open Letter to you and my Country People. because both are involve here.

I had an Inactive fb account before I join in my College (2009). I studied in Bangalore , known as IT city of India. In state Karnataka that year my college Brindavan were having highest number of foreigners (Srilanka,Nepal,Africa, Saudi Arabia, Iran, Kuwait, Yemen, Oman, Bhutan, Vietnam & many more).

In College, I had two close friends from Srilanka ( Mr.Chamika & Mr.Rasika). both Insist me & Mr.Nihad (from Kerala) to use facebook .At this time in Kerala Orkut was very famous. So we didn’t like to change to fb. We always had friendly debate with them in this issue. Our main view : Orkut was the real friendship site because it mainly focusing only friendship but in fb its overloaded with games and other stuff.

anyhow both of us know fb is more popular in World Wide & many of our foreign college friends were there. So we start using. Later we both turned to play fb game (Farm Villa, Fish Aquarium, Restaurant Game). We were maintaining those business in daily basic after our college time 😀 . We got addicted in that. It was nice days. Even though years going faster, its all running through my mind, Crystal clear like yesterday.

After College days 2011, I was slowly hating fb. because it wasn’t have new features. I believe so. I don’t know the exact reason of hating that time. but after you introduced many features (Editing Post, Reply comment, Page insight , Scheduled Post ,name change & Merge features, Different Like Symbols, Old Memory Sharing  & many more). It attracted me back to Facebook.

but I am Afraid of a Big Issue Surrounding inside Facebook. I don’t see it in other social medias. I have foreign college mates & Collegues in my fb friend list and I don’t see this habit from them. (this is why I mentioned their nationality at beginning). here Indians are using your amazing creation to Separating people each other AND for Communal Violence. In many Public Groups 90% of post are about Politics, Religious issues etc. They Fighting in Virtual World in very bad language. Some of my Friends share bad things & threatening things against Religion in their timeline. I observe all things but I don’t say or comment on it. because Sound only Produce when both hands Join Together.

this is not a Joke, I am looking this things Very Seriously. By seeing all this Negative Posts in Daily Basic, I feel it may Result in People Mind to Hate their Indian Brother. Currently In India, a religion don’t like to see other religion as their brother. they wanna send them to other country. This may end up in real disaster. because I am afraid once this Virtual things will come out in Reality. no no. Wait.  Its started, Violence slowly started in Northern Side of India.

In 1994 World History records a real story of 2 tribe Hutu and Tutsi. This two group in Rwanda fought against their Bothers, Students, Classmate & Colleagues etc. resulting in a 100-day death toll between 800,000 and 1 million. this incident is showing in the movie Hotel Riwanda. Likewise In India also two religious group are forming. I am sure once this all mind blow up.

These People unaware that behind all, there is big agenda. but they will not agree that. same strategy used by British in 18th Century. Make Split and Rule Country. (I can write with examples but this letter will be lengthy that irritate readers). Yes this all games are for getting Power to Rule but my poor friends aren’t aware of it. I don’t know how to solve but You are a very genius guy. I request to find solution to save my County & to Live here in peace.

NB : Once you said in Medias that You Love India, If its from bottom of your heart Please do something as the creator of this platform. 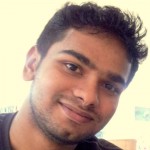