Islamic scholars have historically had mixed views about tobacco, and until recently, there has not been a clear, unanimous fatwa (legal opinion) to allow or forbid cigarette smoking. 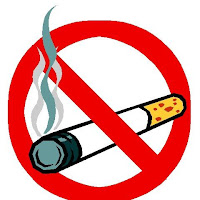 The mixed views on the subject came about because cigarettes are a more recent invention and did not exist at the time of the revelation of the Qur’an in the 7th century A.D. Therefore, one cannot find a verse of Qur’an, or words of the Prophet Muhammad, saying clearly that “cigarette smoking is forbidden.”

However, there are many instances where the Qur’an gives us general guidelines, and calls upon us to use our reason and intelligence, and seek guidance from Allah about what is right and wrong. Islamic scholars use their knowledge and judgment to make new legal rulings (fatwa). In the Qur’an, Allah says, “…he [the Prophet] commands them what is just, and forbids them what is evil; he allows them as lawful what is good, and prohibits them from what is bad…” (Qur’an 7:157).

In more recent times, as the dangers of tobacco use have come to be proven beyond any doubt, scholars have become more unanimous in pronouncing tobacco use clearly haram(forbidden) to believers. They now use the strongest terms to condemn this habit. Here is a clear example:

“In view of the harm caused by tobacco, growing, trading in and smoking of tobacco are judged to be haram (forbidden). The Prophet, peace be upon him, is reported to have said, ‘Do not harm yourselves or others.’ Furthermore, tobacco is unwholesome, and God says in the Qur’an that the Prophet, peace be upon him, ‘enjoins upon them that which is good and pure, and forbids them that which is unwholesome'” (Permanent Committee of Academic Research and Fatwa, Saudi Arabia).