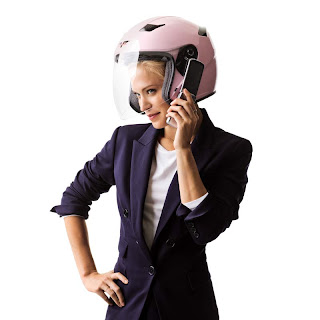 We cannot think a day with out Mobile Phone. Its became most important Part in our Life. So that its very important to give care while using Mobile Phone. The World Health Organization just re-labeled cell phones as “carcinogenic hazards,” meaning that they post a significant cancer risk to humans.The rate of death from brain cancer among handheld phone users was higher than the rate of brain cancer death among those who used non-handheld phones that were away from their head.

The risk of acoustic neuroma, a benign tumour of the auditory nerve that is well in range of the radiation coming from a phone’s antenna, was fifty percent higher in people who reported using cell phones for six years or more, moreover, that relationship between the amount of cell phone use and this tumour appeared to follow a dose-response curve.The risk of rare neuro epithelial tumours on the outside of the brain was more than doubled, a statistically significant risk increase, in cell phone users as compared to people who did not use cell phones.There appeared to be some correlation between brain tumours occurring on the right side of the head and the use of the phone on the right side of the head.

Laboratory studies looking at the ability of radiation from a phone’s antenna to cause functional genetic damage were definitively positive, and were following a dose-response relationship. Additionally, research came out that suggested cellphones are responsible for killing off bees. They aren’t getting a good rep right now.

We’ve put together a list of ways you can reduce exposure and your risk of frying your brain in the process.

1. Use a Headset or a Speaker

Your phone emits radiation when you talk or text but not when you’re receiving messages. Listening more and talking less reduces your exposures.

3. Text
Phones use less power (which means less radiation) to send text instead of voice. Also, texting keeps the phone — the radiation source — away from your head.

4. Phone at Arm’s Length
Hold the phone away from your torso when you’re talking with headset or speaker, not against your ear, in a pocket, or on your belt, where soft body tissues absorb radiation.

5. Buy a Low-Radiation Phone
Not all phones are created equal: Look up your phone on EWG’s buyer’s guide. (Your phone’s model number may be printed under your battery.) If you’re in the market for a new phone, find one that emits the lowest radiation possible and still meets your needs.

6. Weak Signal? Stay off the Phone
Fewer signal bars mean the phone has to step up its emissions to contact the tower. Call when your phone has a strong signal.

7. Use ‘Radiation Shields’
Radiation shields such as antenna caps or keypad covers reduce the connection quality and force the phone to transmit at a higher power with higher radiation.

Young children’s brains absorb twice as much cell phone radiation as those of adults. EWG joins health agencies in at least 6 countries in recommending limiting children’s phone use, such as for emergencies only.

9. Keep conversations short.
Don’t have an hour long conversation with your boyfriend or girlfriend before bed. Even a two-minute call has been found to alter the natural electrical activity of the brain for up to an hour afterwards. Use Skype if you want to say goodnight or to catch up with an old friend or call your parents. Provided you don’t have one of those old school computers with the giant monitor.

10. Be mindful of good and bad reception.
The harder the phone works to establish a connection, the more radiation is being emitted. Don’t use your cell phone in an area with poor reception. If you’re trying to talk to your buddy on the subway, just wait until you get to an area with better reception. Don’t use the cell phone in enclosed metal spaces such as vehicles or elevators. Also, wait for the call to connect before placing your phone next to your ear.

11.  Don’t keep the phone in your pocket.
If you’re a guy and you keep the cellphone in your front pocket, you could be putting your sperm count in danger. A recent study suggests that cellphone use is linked to lower sperm quality and a decrease in fertility. While cellphone usage seems to increase the level of testosterone in the body, there is a lower level of luteinizing hormone, which plays a big role in the reproductive system. If you’re looking to start a family at some point, better keep your phone away from the family jewels. Turn off your phone, put it on airplane mode or get a satchel.

12. Don’t check Facebook in the middle of the night.
Some people take their phones to bed with them, which can disturb sleep. According to a survey done by iPass, 58 per cent of those surveyed who keep their smartphones within arm’s reach wake up during the night to check their phones. About 11 per cent of those people checked their phone every single night. Even if you’re not that compulsive and use it as an alarm, cellphone radiation can still impact your sleep. A team of researchers in Sweden did a one-year study where they followed over 4,000 young adult cellphone users. Their research suggested that a high frequency of cell phone use can lead to increased sleep disturbances. If you use your phone as an alarm clock, put it in airplane mode.

13. Don’t wear Bluetooth all the time
Bluetooth wireless earpieces will expose you to some radiation. However, it would be much less radiation than a cell phone.The problem is that most people wear their Bluetooth all the time. And this isn’t a good look on anyone.If you use a Bluetooth device, switch it from ear to ear so you don’t have too much exposure on one side. Just take it out of your ear when you aren’t on the phone