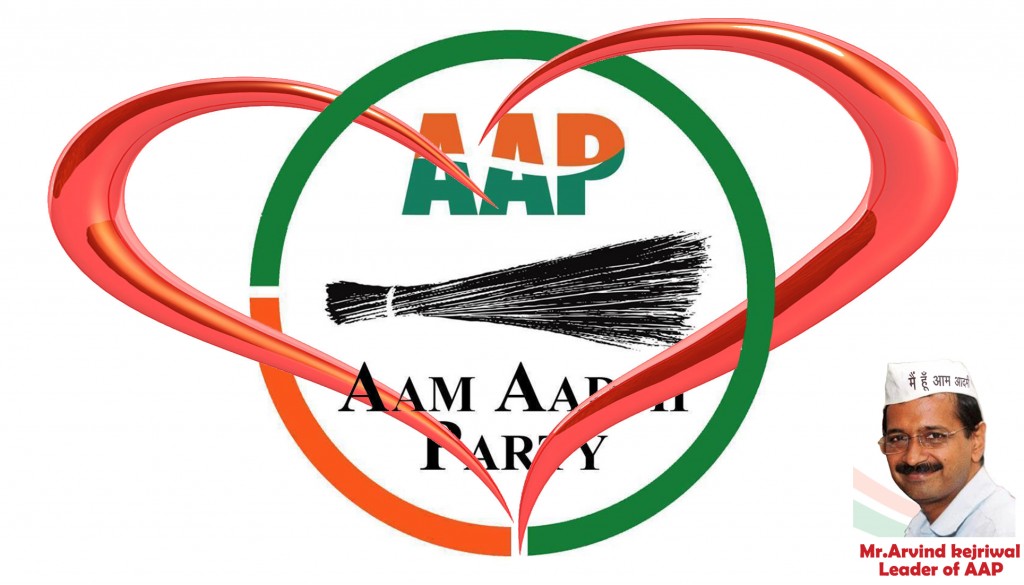 thank you thank you thank you Delhi Voters. today is Qatar National Sports Day Holiday. So I slept more than usual . When I woke up (10:04 AM) and browse the News Channel Feeds. found this great news. You Delhi guys made the whole Indian youth happy.

I am a guy who never Voted even though I received voters ID card on 18th age (6 year before). because I wasn’t believe any Indian Political party (Congress, BJP.CPIM). already given many chances. All politicians steal the money instead of developing state or nation. all the Major parties forgetting We are electing them to do good for people. they only knows how to increase the price on things not to control it. take bribe from rich people and do what they need. Why do I become fool by electing them. My vote is so valuable and I cant waste for them.

I will go through a small past before entering the main : before in India (2012) some People were doing peaceful hunger strike to bring Jan Lokpal Bill (anti-corruption bill) with the lead of Mr.Arvind Kejriwal & Mr.Anna Hazare. the other political parties rejected this bill from parliament. no parties supported it. What it means? they knows If this bill come in exist it will be against the politician. this time Mr.Arvind Kejriwal founded a party named Aam Aadmi Party (AAP) on 26 November 2012 (Voting Symbol : BROOM) to clean county India. What Mr.Arvind Kejriwal did was correct. Only Power can change the system. If you cannot change the policial system we have to go inside and change from inside.

Why I believe him? he was highly educated person who passed out from IIT (Indian Institute of Technology). His Job was Joint Commissioner in the Income Tax Department. If focus to earn money on politics, he could do it  through under table in his Job. but his AIM was a good change for India. this is reason youth also supported him so much.

Still I didnt come to the main, give me two more paragraph : AAP party main AIMS in Politics was Jan Lokpal legislation, Political decentralisation,  Right to Reject,Right to Recall. Its very powerful tools that can do something on policians. normally after electtion for next 5 year people cannot do anything against politician even they didn’t perform well.

AAP stood in Next Delhi (a state in India) Election 2013 & Won the Election. Mr.Aravid Kejriwal became the 7th Chief Minister of Delhi. His first promise was : to bring Jan Lokpal or else resign from the position but other parties didn’t support again and he resigned after 1 month, 17 days (28 December 2013 – 14 February 2014) but in this month (AAP rule) Delhi people were so happy. he reduced the electricity bill, free water supply in Delhi area, 300+ night shelters for the homeless established, Anti-corruption helpline 1031 started, In Delhi Jal Board, 800 employees transferred, 3 suspended for corruption and moreeee …..

After his resignation other political parties came against him by saying that he dont know how to rule thats why he resigned and blah blah blah. but guys he only did what he promised. other politicial parties didnt allow to bring Jan Lok Pal so he resigned. what if he don’t resign at that time. then also Political party say something like he need power that why he was not resigning, not promising his words. so and so.

I analyized Mr.Karjiriwal resignation was a great strategic move to become top of the politics in short period and I was happy in it because next month was national election (all states) If AAP win in all state they can rule whole India and Mr.Kejiriwal would become the Prime Minister. but the result was disappointing, BJP won this national election after 10 Years. the only reason was People fed up in Congress Rule (the price of food increased, Petrol price hike and Indian Rupee value down). anyhow what BJP promises in election not did anything yet. Some promises : will bring back black money from SWISS BANK, Decrease the price of petrol (BJP is lucky due to the high decrease in International Cruide Oil Price, Indian Pertrol price became 75 INR to 60 INR. but as per the calculation based on crude oil price it should only be 35-40 INR or less). Do You guys know If the Petrol price low it can reduce food items too. but unfortunately its not happening in India.

Lets come to the point now

WHY I am soo much Happy today. so after Mr.Kajirwal resigned, last 1 year (17 February 2014 – 10 February 2015) the chief minister position was vacant. for you knowledge at this time President is the power to rule. Election announced again on Jan 2015, AGAIN Mr.KAJIRWAL elected with a grant success on public voting. Candidates won in different places in Delhi : AAP – 63 | BJP – 06 | Congress – 00.

What is the reason for this?  Again People understood that BJP  promises in national election not gonna happen, for Congress last 10 years rule is enough (fed up) now Only hope is to try new Political party AAP. If AAP shows promising rules, they would rule the India after 5 years.

May be AAP dont have enough experience in politics. but spending money for Public & filling politicians money is different. What experience leader did for public last long year?  Mr.Kejirwal remember this is a test for you. If you didnt perform well in next 5 year, dont expect you can WIN after this. We Youth supported you always because WE NEED a good CHANGE in Indian Politics nothing else.

Notes : Hey Congress, BJP, CPIM. Please dont think PEOPLE are DONKEYS. before people didnt have choice to choose either one of you. NOW here is a party only for people (hope so). MIND IT.