Ukrainian astronomers have discovered a large asteroid heading for Earth which could strike our planet on 26 August 2032, impacting with a force 50 times greater than the biggest nuclear bomb. 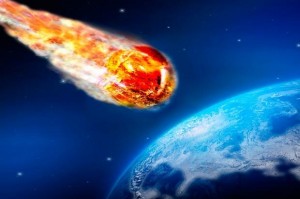 Its existence has been verified by teams around the world, in at least 27 distinct observations over the past week, and Nasa has been forced to issue an earth impact risk summary as part of its Near Earth Object Program.

The 1,300-foot wide asteroid has been named 2013 TV135. There is a 1 in 63,000 chance of the asteroid striking Earth — enough for it to be added to the Torino scale which measures the risk of objects which could reach Earth in the next 100 years.

According to Nasa, there is only one other asteroid that has made it to a 1 (out of 10) on the scale. At 130 metres wide, 2007 VK184 is regarded as relatively high risk because it has a 1 in 1,820 chance of impacting Earth. All other near-Earth objects are rated as a 0 — their risk is “effectively zero”.

If it strikes Earth, the impact from 2013 TV135 would cause damage to an area of nearly 100,000 square miles with an equivalent force of about 2,500 megatons of TNT, or 2,500 standard nuclear warheadbearing US Minute Man II missiles. Astronomers say they will continue to evaluate the risk posed and may be able to pin down its path and a possible impact site on Earth by 2028. 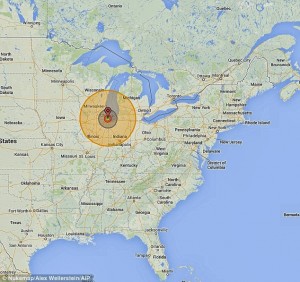 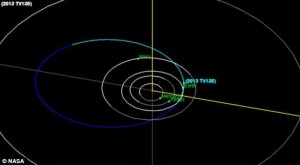