On 13th Feb 2015, I landed in Cochin Airport from Singapore. from I need to travel to my place Calicut. Calicut also have Airport but direct flight to Singapore is expensive. from Cochin Airport there is AC Volvo buses. When I tried to book Online at flight landing time there is no direct Bus to Calicut. So I booked to Malappuram (some more near to my place). from there I can get private bus.

I was waiting for bus arrival that time a African Guy came into that bus and seated in Low floor. I told him those seats are reserved & showed him to sit somewhere without reservation. I believe its my duty to help foreigners when they are here in my land. I don’t want they feel bad about my state or country.

the journey was around 5 hours. When I reached Malappuram time 02.15 PM afternoon. I was very hungry & tired. I walked to bus station to know bus time to my Place. So at that time I can have food and come back correctly. this foreigner was approaching near the info Centre. I asked him, do he need any help. he is here for first time. he need to call football club manager Mr.Ashraf to pick him up. so requested me to make a call from my mobile. I dialled and handover mobile. but he didn’t understand. I talked to him. Mr.Ashraf told me to send him in a autorickshaw (Taxi) to the place called Pandikkad.

I need to have some food before going home. so I invited him to join with me for food. We went to a restaurant near by, ordered two fried rice & Orange juice. If I choose our traditional food he might not like that why I preferred fried rice.

While eating food , we had a friendly talk. His name is Moses from Liberia, a football player, came here to play for league football. first time here in India. he been there at Thailand, Morocco etc for playing. I was bit confused how did he get 9 months Visa here for playing football. he showed his Visa. it’s employment under FC Football Club. it was new information for me. here in Kerala & Calcutta football is more popular than cricket while comparing with other states of India. here Clubs recruit players from foreign countries mainly from Africa.

the connecting dots start from here. Food bill was 380 INR and I paid 1000 INR. the barrier only returned 180 INR & no bill copy in that Wallet. at this time I got call from Mr.Ashraf . So I didn’t notice the missing 500 INR.

When we get out from restaurant I found a autorickshaw (Taxi). I asked the driver to drop him at Place called Pandikkad. I thought to sent him in taxi and get bus to my place , in this conversation I knew that this way to Pandikkad is close to Manjeri Busstand. driver need to turn from one junction named Anakkayan (before 3 stop of Manjeri Busstand). I preferred to travel in that taxi because I had hand luggage of 25 KG. its difficult to travel in private bus. I can call my dad to bring Car from that Manjeri bus stand.

from that Anakkayan junction he stopped & I went behind to take my luggage. driver also came behind to help me. then he saw the big luggage. he is a good guy so he said he will drop me in Manjeri bus stand. its helpful for me too. Taxi start moving from that Junction . at this point I remembered about the missing money. I told driver to stop vehicle and I need to go back Malappuram. he asked why?. I told the story.

I don’t have bill to prove & I also don’t remember Restaurant name to check their number on internet. So to get this money back only I have to go back. he said no need to worry. the Restaurant name is Wood Bine & they have many other branches too. he knows the hotel manager , he made a call to him. Hotel manager said they will check the money against software amount. the taxi driver said if it’s right he pay me 500 INR and can collect from restaurant.

We made a call when I reach Manjery Bus stand but Manager said they still counting. So I told taxi driver that I will speak with him. I took Manager number & taxi guy number. When I reached home I called to Manager, he agreed that I am right & apologize for the mistake made by the cashier. I requested him to deposit in my Bank so that can avoid a journey. 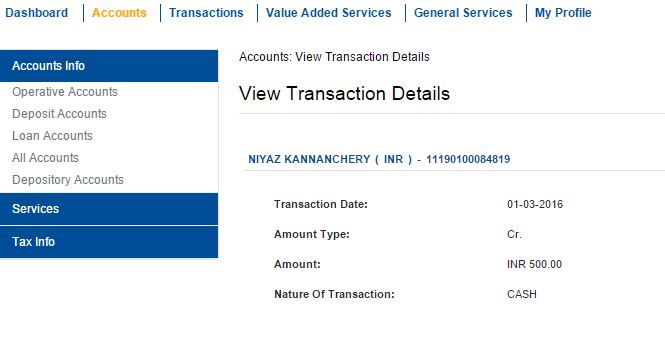 In Steve Jobs speech also he is saying about 3 dots (If I am not wrong). In this incident also 3 dots otherwise I need to go back to restaurant to get back money. 3 dots as follows.

this is connected with some incidents for a target. Our Life is also like this , we have many good & bad dots in our Life. don’t blame or regret on it. Just Connect it properly to achieve success in our Life. both are necessary in this achievement. 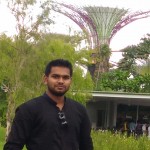