In what is being touted as the world’s first case of ‘robot suicide’, a house bot fed up of its tedious job of cleaning has ended its life by climbing onto a kitchen hotplate and destroying itself in a blaze.

The android in an Austrian household had to clean up some spilt cereal when it climbed onto a kitchen hotplate and was destroyed.

It had grown tired of being forced to clean the same house every day, according to reports in Austria.

“Somehow it seems to have reactivated itself and made its way along the work surface where it pushed a cooking pot out of the way and basically that was the end of it,” explained fireman Helmut Kniewasser, who was called to tackle the blaze at Hinterstoder in Kirchdorf, Austria.

“It pretty quickly started to melt underneath and then stuck to the kitchen hotplate. It then caught fire. By the time we arrived, it was just a pile of ash,” Kniewasser said.

The entire building had to be evacuated and there was severe smoke damage particularly in the flat where the robot had been in use, ‘metro.co.uk’ reported.

“It’s a mystery how it came to be activated and ended up making its way to the hotplate. I don’t know about the allegations of a robot suicide but the homeowner is insistent that the device was switched off,” Kniewasser said. The homeowner plans to sue the robot’s manufacturer. 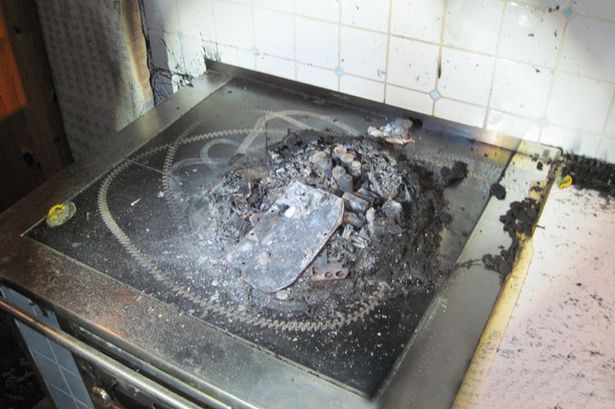 Waste of Robot after Suicide