Today (26 Nov 2010) I read from newspaper that ‘NASA Again going to Moon’ . Who said NASA went to Moon. Hey Publishers rewrite that as ‘First time NASA is going to MOON’ I’m not believing that NASA APPOLO 11 Spaceship landed on Moon on July 20 1969
(And Why haven’t We back to the MOON in 41 Years!?)
Photographic Evidence to Prove this Statement Wrong

Issue 1 :
Since the Moon has only one light source, the Sun, the shadows must be in line. But in these cases, it looks as if there are multiple light sources on the moon, which is not possible.

Issue 2:The foreground of many images of the astronauts on the Moon are filled in with light, while the shadows remain absolutely black, again proving that there are multiple light sources. 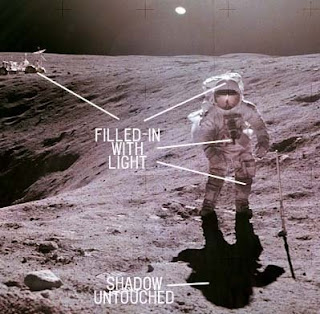 Issue 3 : There are no stars in the background from pictures taken on the Moon. 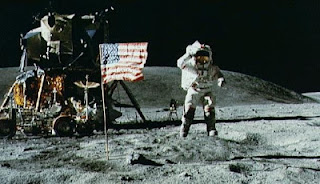 Issue 4 :
In some images, a huge light source can be seen reflected in the astronaut’s visors. This has to be a very bright, nearby source. There is no possibility of external light source in moon. 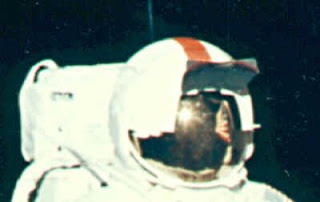 Issue 5:
How could NASA take TV images of the LM ascending on Apollo 15, 16, and 17 if there was no one on the Lunar surface to man the camera?

There can’t be any pictures taken on the Moon because the film would melt in the 250° temperatures. Any film exposed to 250° would indeed melt at that temperature.

The LM engine was very powerful. How come it did not leave a crater below the spacecraft? Why didn’t it kick up any dust when it landed? 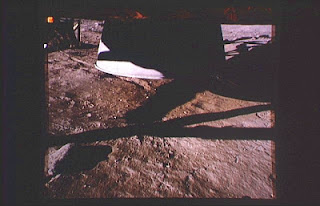 Issue 8:
The footprints left by the astronauts are proof that the Moon landings are fake. This one is also essentially a two pronged argument. First, the Fox show charged that the LM engine was so powerful that the upper layer of dust should have been blown away around the LM, so there should not be any footprints. Others have charged that the footprints should not be there since in the absence of water as a bonding agent, they should not maintain coherent shapes and sharp outlines. 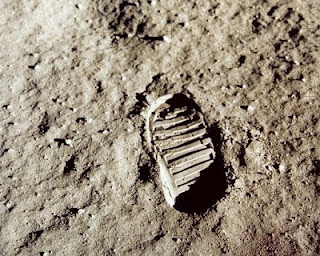 There is no dust on LM footpads. — According to Kaysing and Fox, this is the strongest evidence that the Moon landings are faked. They allege that with the swirling dust from LM descent engine, the foot pads should be covered with dust. 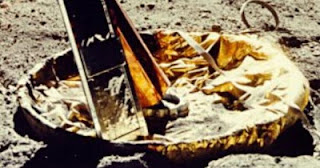 The pictures below show that flags are waving. And they never will. The flag was on the airless Moon, just as we all knew. 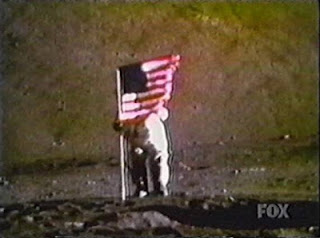 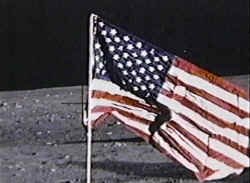