London: The earliest fully modern humans arrived in the Middle East around 42,000 years ago, a new study led by Oxford scientists has found. 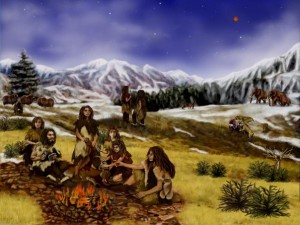 Researchers obtained the radiocarbon dates of marine shell beads found at Ksar Akil, a key archaeological site in Lebanon, which allowed them to calculate that the oldest human fossil from the same sequence of archaeological layers is 42,400 to 41,700 years old.

This is significant because the age of the earliest fossils, directly and indirectly dated, of modern humans found in Europe is roughly similar, researchers said.

The discovery throws up intriguing new possibilities about the routes taken by the earliest modern humans out of Africa, according to the study published in journal PLOS ONE.

The research team radiocarbon dated 20 marine shells from the top 15 metres of archaeological layers at Ksar Akil, north of Beirut.

The shells were perforated, which indicates they were used as beads for body or clothes decoration by modern humans.

Neanderthals, who were living in the same region before them, were not making such beads.

The study confirms that the shell beads are only linked to the parts of the sequence assigned to modern humans and shows that through direct radiocarbon dating they are between 41,000-35,000 years old.

It was widely believed that at some point after 45,000 years ago early modern humans arrived in Europe, taking routes out of Africa through the Near East, and, from there, along the Mediterranean rim or along the River Danube.

In Ksar Akil, the Lebanese rock-shelter, several human remains were found in original excavations made 75 years ago.

Since then, the most complete skeleton of a young girl, thought to be about 7-9 years of age buried at the back of the rock shelter, has been lost, along with the fragments of a second individual, found next to the buried girl.

However, the team was able to calculate the age of the lost fossil at 40,800-39,200 years ago, taking into account its location in the sequence of archaeological layers in relation to the marine shell beads.

Another fossil of a recently rediscovered fragment of the upper jaw of a woman, now located in a museum in Beirut, had insufficient collagen to be dated by radiocarbon methods. A method using statistical modelling was used to date by association the jaw fragment at 42,400-41,700 years old.