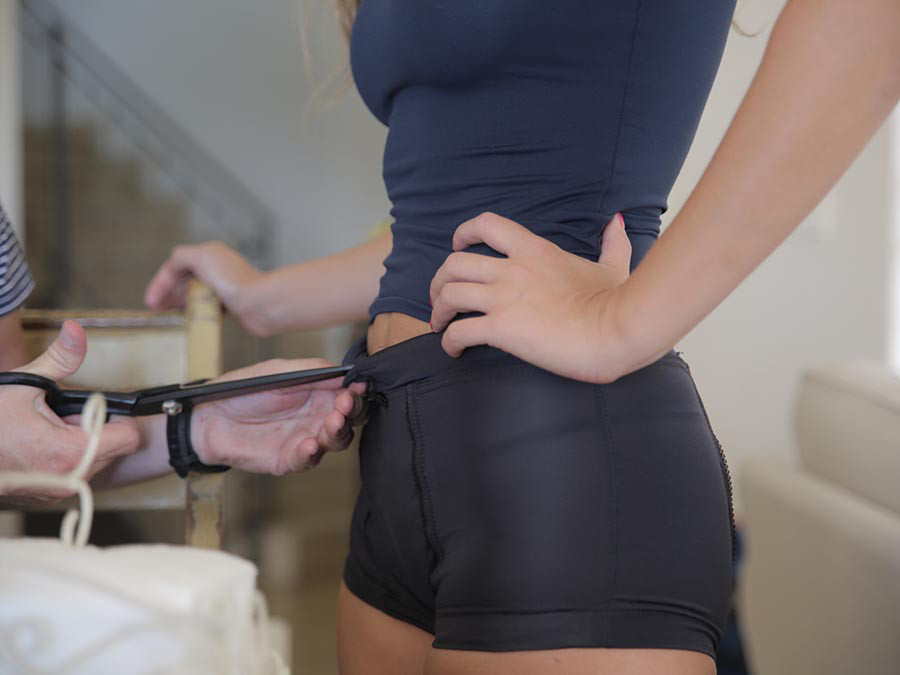 The line of clothing, which ranges from workout shorts to underwear, has indestructible material around the thighs, waist, and crotch. It is, in essence, a modern day chastity belt. But only the woman wearing it has the key. She can lock and unlock it by positioning the hands of a tiny clock on the front of the garment, sort of like a gym code combination.

The product creators have very good intentions, but they’ve packaged their product poorly, inspiring the wrath of the Internet. The anti-rape underwear is potentially useful — it certainly sparked my curiosity. But the people who would have been open to the idea of this product will scoff at the slogan and SNL-worthy commercial promoting it.

In the Indiegogo campaign video, attractive Caucasian models pose provocatively in front of mirrors in their anti-rape wear before slinking into sexy black dresses. They head out into the night, dancing and slinging back shots at a dark nightclub.

8Then, a man shows off the technology of the material, trying repeatedly to cut it with giant scissors or slash it with a knife. He straightens it out to show — tada! — nary a dent was made.

To wrap up the accidentally hilarious video the models pose in the tight little shorts, tossing their hair and twisting their hips. Hands creep into the shot and try to pull the shorts off, demonstrating that they remain firmly in place. While watching it you may find yourself wondering, “Is this a joke?” The answer — no.

At least, I’m pretty sure it’s no. The creators won’t give their last names because they want the focus “on the product.” We can’t be 100 percent certain this isn’t a big Jimmy Kimmel prank to poke fun of blame the victim mentality. That’s not in his typical beat range of twerking fails and baby bachelor parodies, but you never know.

9Even if it is a prank, Indiegogo approved it. It has raised 3,000 very real dollars from donors.

They chose a rather unfortunate motto for the company. “A clothing line offering wearable protection for when things go wrong.” It could unintentionally double as a tampon brand slogan.

The blogosphere has collectively expressed one big WTF over that one. “Rape is not ‘something that goes wrong.’ It is a crime with a clear perpetrator who chooses to rape.” Louise Pennington from The Huffington Post says.

When I asked AR Wear co-founder Ruth about the slogan, she sighed. “We didn’t want to put rape into the motto,” Ruth says. “That was a tough call. If you have a better idea let me know.”

The co-founders, Ruth and Yuval, are old family friends. Yuval, a man in his 40s, came up with the idea for AR Wear when he read about a girl who was raped. The article mentioned that her clothes were taken off in under a minute.

“Yuval, who is a parent and so you worry about these things, thought, ‘What a waste that a rape occurred because it was so easy,’” Ruth says. “So that’s how he came up with the idea of an article of clothing that would stop opportunistic rape.”

He sought out designers to create the prototype, experimented with the materials, and eventually patented the technology. Once he had a hand-made prototype built, he brought on Ruth, a 59-year-old woman, to run the crowdfunding campaign in the States. They’re using crowdfunding to try to gauge customer interest, get feedback, and raise seed money for manufacturing.

“We started with submitting to Kickstarter, and they decided this was a security item or safety item. They banned that,” Ruth says. “I’m sure we could have protested, but then we figured a campaign on Indiegogo might be a better fit.”

If there’s demand for the product, the next stage of production could involve raising venture capital or partnering with organizations. But at the moment, AR Wear has only raised $3,000 of its $50,000 goal and the campaign has been running for almost three weeks.

The duo are inspired by a study that found that resisting rape lessens the chance of the rape occurring. They see AR Wear as having the chance to stop opportunistic rape. “The kind where the person attempting the rape possibly didn’t plan this months in advance,” Ruth says. “That if there’s a barrier obstruction, that slows the process down.”

As you might imagine, the feminist netizens are none too pleased. They point out, rightfully so, that anti-rape clothing fits squarely with blame the victim mentality. I.e. If only that person had dressed less provocatively or not gone running alone or not drank too much or wore anti-rape clothing this wouldn’t have happened. Ruth disagrees.

AR Wear is not part of the problem. Nor is AR Wear a solution to the problem. AR Wear is trying to provide a product that could be used by some women and girls in some situations, and that could succeed in preventing some rapes while the work of changing society’s rape culture moves forward.

The campaign itself may be a little ridiculous, just like a ton of other misguided crowdfunding campaigns, but the product itself makes sense.

Yeah people just shouldn’t rape. But as the statistics show, they do. Most women have been sexual harassed or threatened before. Wearing this garment would feel like a layer of protection.

And that’s what’s so creepy about it. It puts the public face-to-face with the problem of rape. If it happens enough that people consider donning modern day chastity belts to fend it off, what does that say about American rape culture?

Critics have a range of other valid concerns. They pointed out that a rapist could just as easily get frustrated with the clothing and hurt the woman. There’s other ways to sexually assault someone besides just vaginally. Women aren’t the only ones to get raped — men and transgender people do as well, and they’re certainly not represented by this product.

Ruth admits, “We didn’t consult with rape crisis experts. We just did a lot Internet research.”

Those are all legitimate criticisms, but I think the backlash against AR Wear is not proportional to the problems of the product. It echoes the response Emily Yoffe, the famous advice columnist from Dear Prudence, received when she wrote an op-ed in Slate saying women should drink less to avoid rape. Everyone and their mothers rose up in outrage, saying that it was a blame-the-victim post and that she was a rape apologist. Why? Well, the headline of her story was “The best rape prevention: Tell college women to stop getting so wasted.”

Eeks — not exactly the most victim-friendly guidance in the world. Unfortunately, the bad marketing marred what was otherwise sound advice. Sometimes drinking impairs your judgment and ability to protect yourself. Be careful. It’s advice my parents gave me all the time when I was in college. And I didn’t think they were rape apologists for doing so. They just wanted me to take precautions.

At the end of the day we don’t live in a perfect world and should protect ourselves as best we can. But people are afraid that such advice or inventions lead down a slippery slope to blaming the victim.

In wrapping product or opinion in said victim-blaming language, companies or thought-leaders cause people to dismiss them outright, instead of considering the practicality of such advice. Or, in this case, panties. 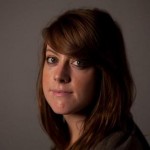