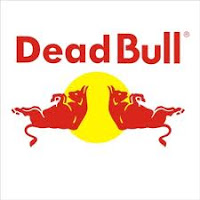 ATTENTION! France & Denmark have banned it from the country… RED BULL – slow death … RED BULL – slow death … RED BULL – slow death … Do NOT drink this drink anymore!! Pay attention; read it all As a public health safety, please pass on this email to all the contacts in your address book especially those with teenage children? This drink is SOLD in all the supermarkets IN OUR country and our children ARE CONSUMING IT ON A TRIAL BASIS, IT can be mortal. RED BULL was created to stimulate the brains in people who are subjected to great physical force and in stress coma and never to be consumed like an innocent drink or soda pop. RED BULL IS the energizer DRINK that is commercialized world-wide with its slogan:’ It increases endurance; awakens the concentration capacity and the speed of reaction, offers more energy and improves the mood. All this can be found in a can of RED BULL , the power drink of the millennium. ‘RED BULL has managed to arrive at almost 100 countries worldwide. The RED BULL logo is targeted at young people and sportsmen, two attractive segments that have been captivated by the stimulus that the drink provides. It was created by Dietrich Mateschitz, an industrialist of Austrian origin who discovered the drink by chance. It happened during a business trip to Hong Kong , when he was working at a factory that manufactured toothbrushes. The liquid, based on a formula that contained caffeine and taurine, caused a rage in that country. Imagine the grand success of this drink in Europe where the product still did not exist, besides it was a superb opportunity to become an entrepreneur. BUT THE TRUTH ABOUT THIS DRINK IS ANOTHER THING: FRANCE and DENMARK have just prohibited it as a cocktail of death, due to its vitamin components mixed with GLUCURONOLACTONE’, a highly dangerous chemical, which was developed by the United States Department of Defense during the sixties to stimulate the moral of the troops based in VIETNAM, which acted like a hallucinogenic drug that calmed the stress of the war. But their effects in the organism were so devastating, that it was discontinued, because of the high index of cases of migraines, cerebral tumors and diseases of the liver that was evident in the soldiers who consumed it. And in spite of it, in the can of RED BULL you can still find as one of its components: GLUCURONOLACTONE, categorized medically as a stimulant. But what it does not say on the can of ,RED BULL are the consequences of its consumption, and that has forced us to place a series of WARNINGS: 1. It is dangerous to take it if you do not engage in physical exercise afterwards, since its energizing function accelerates the heart rate and can cause a sudden attack. 2. You run the risk of undergoing a cerebral hemorrhage, because RED BULL contains components that dilute the blood so that the heart utilizes less energy to pump the blood, and thus be able to deliver physical force with less effort being exerted. 3. It is prohibited to mix RED BULL with alcohol, because the mixture turns the drink into a ” Deadly Bomb ” that attacks the liver directly, causing the affected area never to regenerate anymore. 4. One of the main components of RED BULL is the B12 vitamin, used in medicine to recover patients who are in a coma; from here the hypertension and the state of excitement which is experienced a
fter taking it, as if you were in a drunken state. 5. The regular consumption of RED BULL triggers off symptoms in the form of a series of irreversible nervous and neuronal diseases. CONCLUSION: It is a drink that should be prohibited in the entire world as when it is mixed with alcohol it creates a TIME BOMB for the human body, mainly between innocent adolescents and adults with little experience. Forward this mail to Everyone and Let them know about this.. Note : Before believing anything bilndly, first you refer more : Adminmore reference : www.wikipedia.org/wiki/Energy_drinkRead subtopic : Attempts to ban