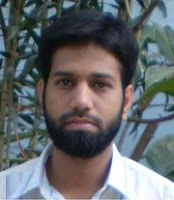 This is such an effective medium of communication that we are able to communicate the message the every one and any one across the world with just a click of a button. This tool is so effective that many MNCs and revolutions have also adopted it. The students across the world should also understand its need and importance and use it to its fullest potential.

You might not find your friends in college but definitely you will find him on facebook. Truly, after the invention of these social networking communities the world has become a global village. In the current scenario, we don’t have a choice whether we do Social Networking or not; the question is how well we do it.