Thanks to Singapore-based startup U2opia Mobile, users of low-cost phones in areas devoid of a mobile data connection will be able to access a stripped-down version of the social network.

Twitter, the leading social messaging platform, has tied up with U2opia Mobile, a Singapore-based startup to make its service available to users with basic smartphones that don’t have internet connection. The idea behind the project is to bring Twitter access to new and emerging markets by removing the limitation of connectivity via Internet. U2opia Mobile has a similar tie-up with Facebook (By the way, more than 11 million people use U2opia’s Fonetwish service, which helps access Facebook and Google Talk on mobile without a data connection) and now soon users will need to dial a simple code to get a feed of the popular trending topics on Twitter. U2opia uses a telecom protocol named USSD, or Unstructured Supplementary Service Data, which does not allow viewing of pictures, videos or other graphics. Sumesh Menon, Chief Executive and Co-founder of U2opia Mobile told Reuters, “USSD as a vehicle for Twitter is almost hand in glove because Twitter has by design a character limit, it’s a very text-driven social network.”

Using Twitter to get their hands on the latest news, trending topics and discussions is a great idea for people with entry level smartphones that have no data connection facility. In fact, reports suggest that 8 out of 10 people in emerging markets are still not accessing data on their phone. And now with more than 230 million users, Twitter feed could be a good platform to get access to news that people are talking about. “So somebody in Paraguay would definitely get content that would be very very localized to that market vis a vis somebody sitting in Mumbai or Bangalore in India,” he said.

Having partnered with a lot of firms and telecom carriers in Africa and South America, U2opia Mobile has got a huge user base in those emerging markets. To name a few, the telecom operators such as Telenor, Vodafone and Bharti Airtel Ltd. in India are the biggest users of their services which are offered in 30 countries and in 7 languages. U2opia usually gets 30 to 40 percent of what users pay its telecom partners to access Fonetwish.

For most users of this service, this will be the first Twitter experience they ever have. U2opia’s method is a way to offer at least the utility of its real-time information to users who may have never had the opportunity to access it before. With this move, Twitter will radically increase its users on the ever expanding mobile platform. What do young engineers think about giving the power of Twitter to the masses? 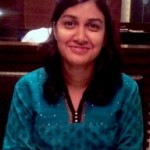