Are You Looking for the most hiring Countries in 2013. then here is the answer with details. CareerBuilder’s first annual job forecast for the 10 largest world economies tells a tale of both confidence and caution. Brazil and India are voicing the greatest confidence with more than two-thirds of employers in these markets planning to add full-time, permanent headcount in 2013. 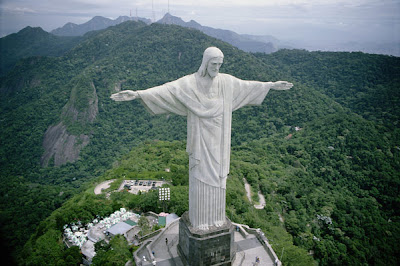 The Brazilian economy has been predicted to become one of the five largest in the world in the decades to come. The GDP growth of the last decade is attributed to the increase in the number of people working. Brazil’s government is now exploring ways to ease immigration rules in order to attract up to 10 times more foreign professionals and help spur its economic growth. An incredible 71 percent of employers of this country are offering employment opportunities across a wide variety of sectors.

The year 2012 was one of recession, and India remained mostly stagnant owing to global economic slowdown. Despite the continuing impact of global macro-economic situation and the uncertainty around the economic and political environment prevailing in India, hiring by employers remains positive across sectors and geographical regions. The hiring numbers for public sector banks are expected in the range of 50,000 to 70,000 people in 2013 says a report by Manpower Employment Outlook Survey India. The study suggests that 67% employers are looking at hiring.

Russia has a market economy with enormous natural resources, particularly oil and natural gas. It has the 10th largest economy in the world by nominal GDP and the 6th largest by purchasing power parity (PPP). Russia hit record low unemployment and still benefits from metals and energy exports despite a fall off in demand in China and Europe. There is also a more aggressive push for high tech investments. Nearly half of Russian employers plan to add jobs, says the report by career builder.

The job outlook in China is mixed with more than half of employers in China plan to hire in 2013. The healthcare and life sciences sector has the best prospects overall, with 78.4 percent of employers planning to increase headcount and the consumer sector has the second-best prospects overall, with about 71.5 percent of employers willing to increase headcount in the first quarter. The manufacturing and industrial sector, meanwhile is reporting the highest intentions to decrease staffing levels at 14.9 percent. Employers remain cautions despite a slight rebound in the sector.

Concerns over the fiscal cliff at the time of the survey may have resulted in more conservative predictions, but hiring activity has been on a gradual upward trajectory. Twenty-six percent of U.S. employers will add new jobs this year.

Germany, which has been somewhat insulated from the crisis but not immune, is more optimistic with nearly three in 10 employers planning to hire and 15 percent expecting a decline.

While 30 percent of U.K. employers plan to hire, 21 percent are anticipating a decline for a net increase of only 9 percent adding jobs.

Rounding out the top economies, Japan continues to work to rebuild business investment and consumer spending after a devastating tsunami in 2011. While 22 percent of employers in Japan plan to increase staff, 19 percent expect to downsize.

Hiring activity in France is expected to be flat, with nearly one in four employers planning to add or decrease headcount.

About 33 percent of Italian employers expect to downsize staffs, the highest of the top 10 economies.